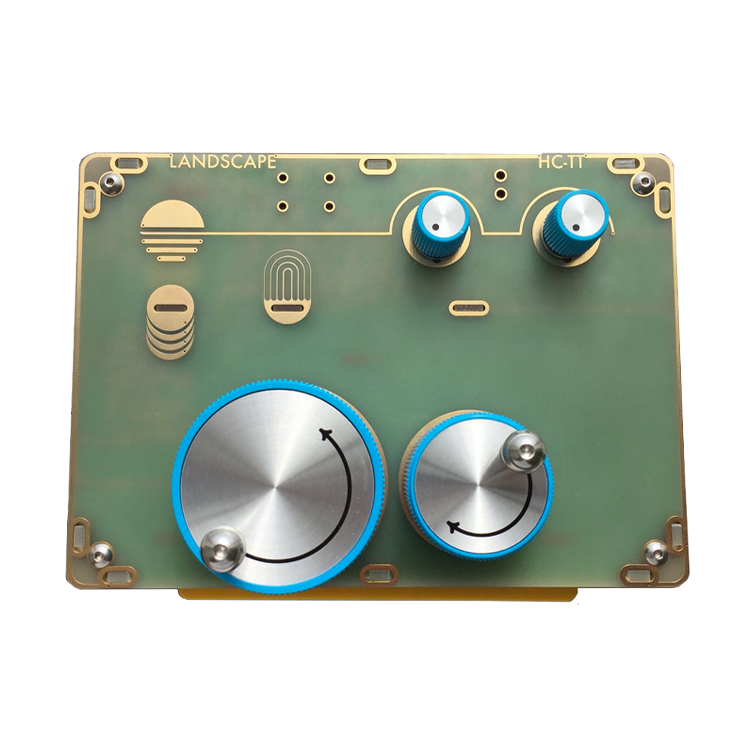 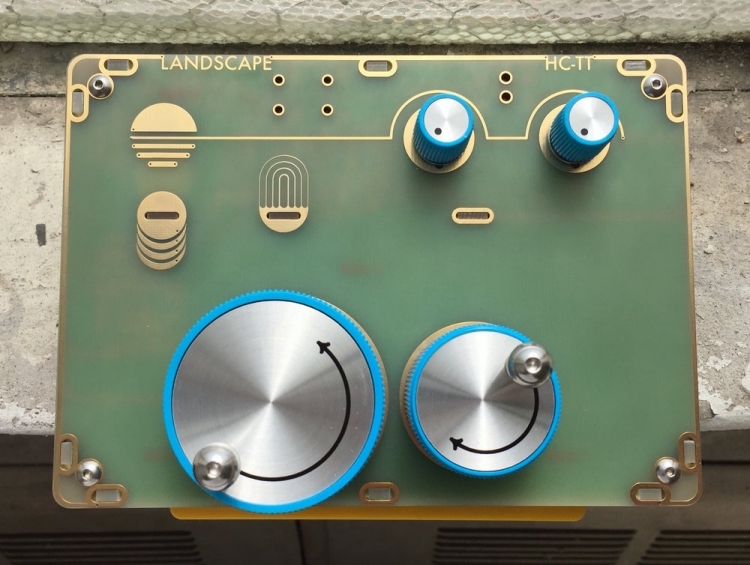 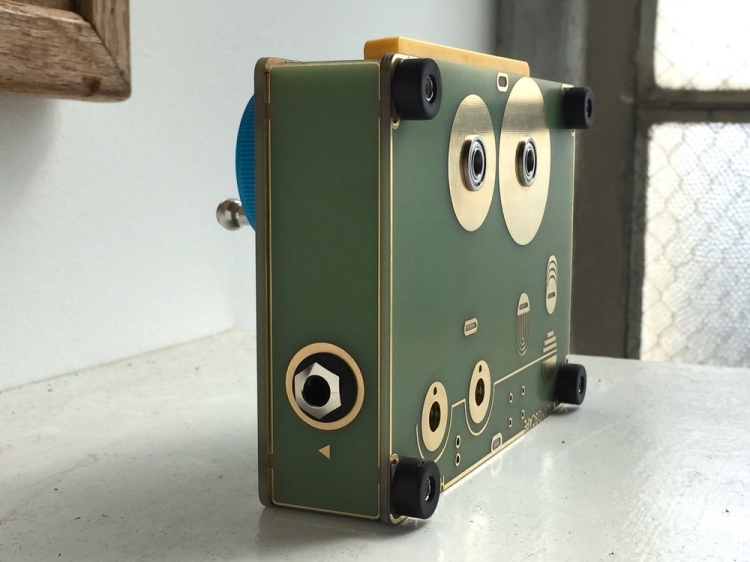 The HC-TT is a compact cassette manipulation device which allows you to manually play a cassette with your hands. The resulting sound can be incredibly similar to scratching a vinyl record. Sound will only be produced while your hands are turning either of the large playback knobs. By turning these knobs you are directly rotating the cassette spindles which moves the tape across the internal tape head. The knobs “play” a regular cassette forwards and backwards. There is no motor in this device, so direction and speed is left to the performer. The touch switch is a momentary mute for both the mono audio output as well as the CV/Gate outputs.  It does not record audio but outputs pre-recorded audio from any cassette tape. Please see below for additional details.

-Forwards and Backwards knobs w/metal cranks utilize 4 ball bearings soldered into the case allowing for responsive control and manipulation of an audio cassette tape. Scrubbing of audio tape using the two knobs can sounds nearly identical to scratching a vinyl record. There is no motor or automatic playback in this device, you are the motor.

-Momentary Touch Mute pad for gating audio (tape or external) and/or CV/Gate signals. Touching the mute switch and Feedback Points simultaneously will create strange buzzy tonalities which change based on how much skin is in contact with each touch point.

-A Gain control at it's highest level can get quite loud and add a bit if overdrive to the signal, plus when used in combination with the tone control it can pushed a little more. At it's lowest level it still allows cleaner audio and lower CV out when moving the tape. This is also pre-CV/Gate which means it will be used in tandem with the tone control to send the desired CV/Gate amounts out of the HC-TT.

-A lo-fi dirty Tone control which cuts most bass content at it's lowest level and slightly boosts bass content at it's highest. This control is pre-CV/Gate which means it will allow you to slightly adjust your CV/Gate levels and response. You will hear scrubbing sounds when turning this knob and the audio will also cutout due to it’s placement in the feedback path of the circuit. Turning the knob very quickly creates a bass drum like effect and if you do this while holding the touch mute the tone will change. This can also be used to send out a Gate signal or to “mute” audio destructively by turning the knob.

-3.5mm CV and Gate outputs which allow you to use your chosen tape's audio content in combination with your playing style as a way to manipulate a modular synthesizer. To put it another way, the HC-TT is also a tape based "controller" or modulation source. Utilize the immediate responsiveness of a mechanical device and analog tape to control your system in chaotic or subtle ways. Hand crank a sequencer using the gate output, "scratch" a VCO with the CV output or make your system sound somewhat similar to the warbled tape you are currently manipulating.

-I/O Feedback Touch Points allowing for touch sensitive analog feedback within the circuit (not to tape). The feedback you create also outputs to CV/Gate. This feedback can greatly distort and mangle your manipulated tape signal as well as incoming audio. By touching only the input pad you will turn your body into an antenna injecting radio signals, hum or static to the audio and CV/Gate outputs (radio frequencies and results vary greatly by location). While touching the input pad you can also use your other hand as a lo-fi “circuit sniffer” to listen to the sounds of laptops, cellphones and other equipment which output EMF. While touching both pads and also introducing slight contact towards the sides of the touch mute switch you can change the character of the feedback to sound more liquid. By touching all three directly you will hear bee or mosquito like tonalities which will change depending on the amounts of skin in contact with each of the touch pads.

-The cassette inserts along the front edge by lifting both knobs and then reseating them through the cassette spindles and into the ball bearings below. The cassette is not damaged by this playback method and this technique makes it nearly impossible to tangle a tape.

-1/4” mono input which allows you to use the HC-TT’s circuitry as a lo-fi overdrive and playable touch feedback processing device. The input does not go to tape. The input is also processed to the CV/Gate outs. The touch mute also mutes incoming audio.

-12v power supply works in all countries and is provided with a country specific plug type.

-Entire construction is made from 7 Immersion Gold PCBs 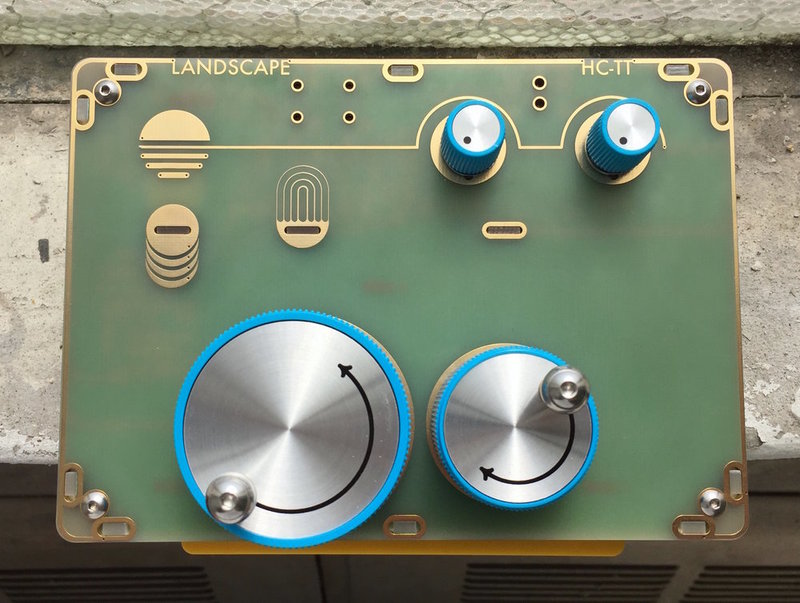 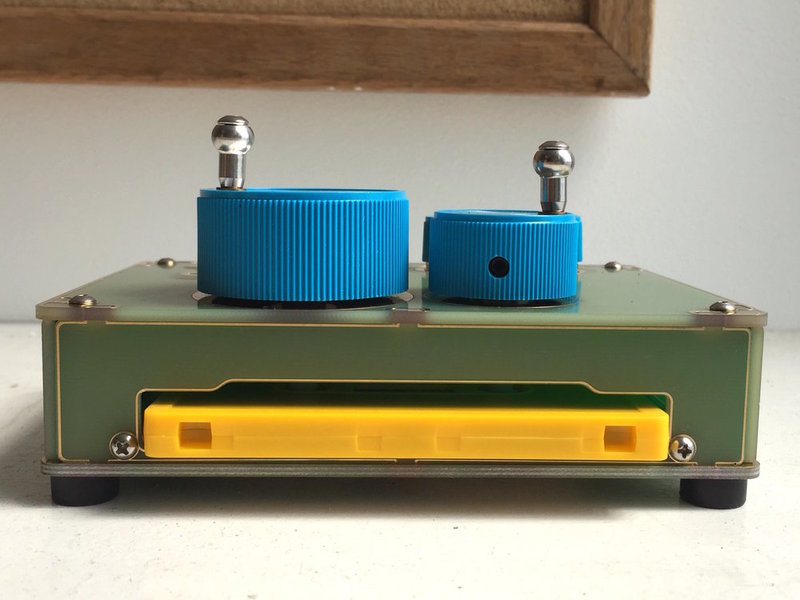 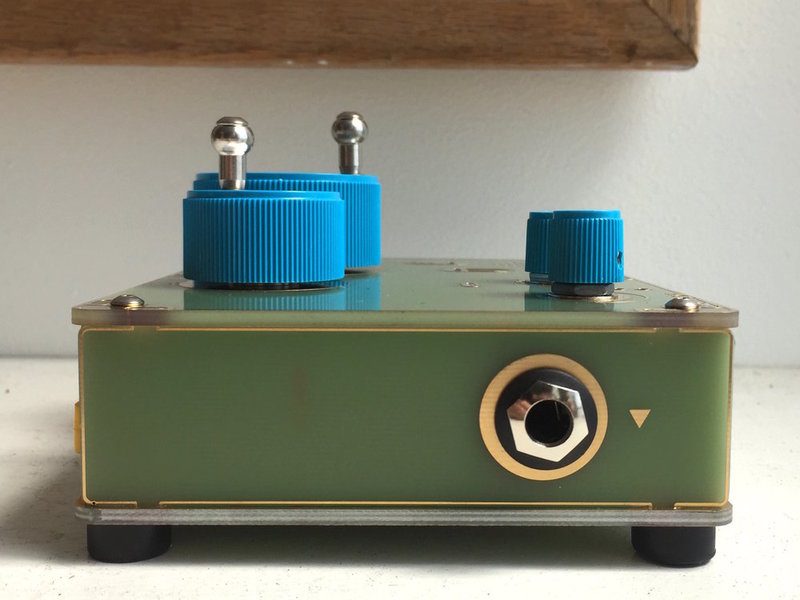 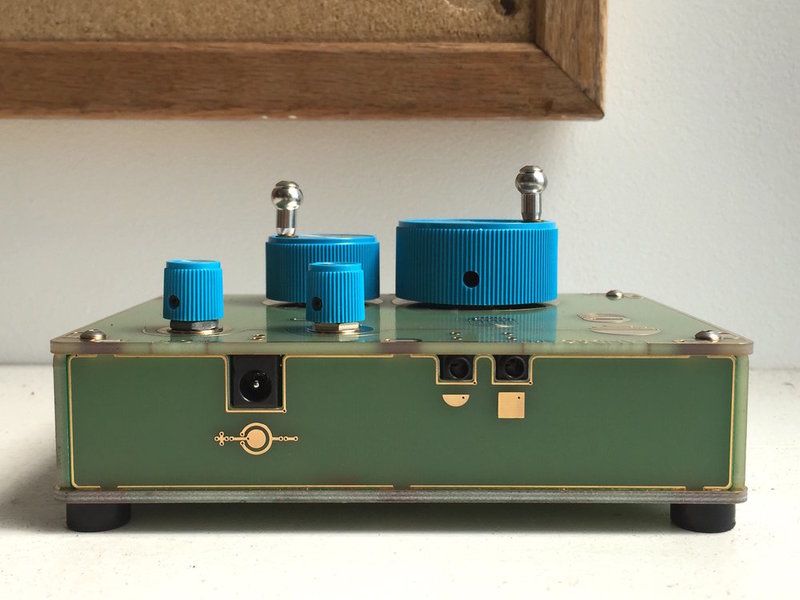 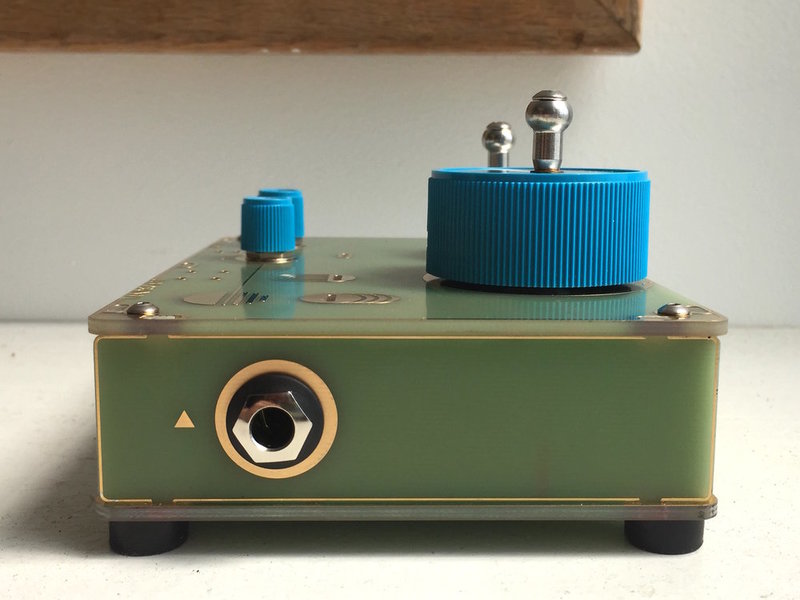 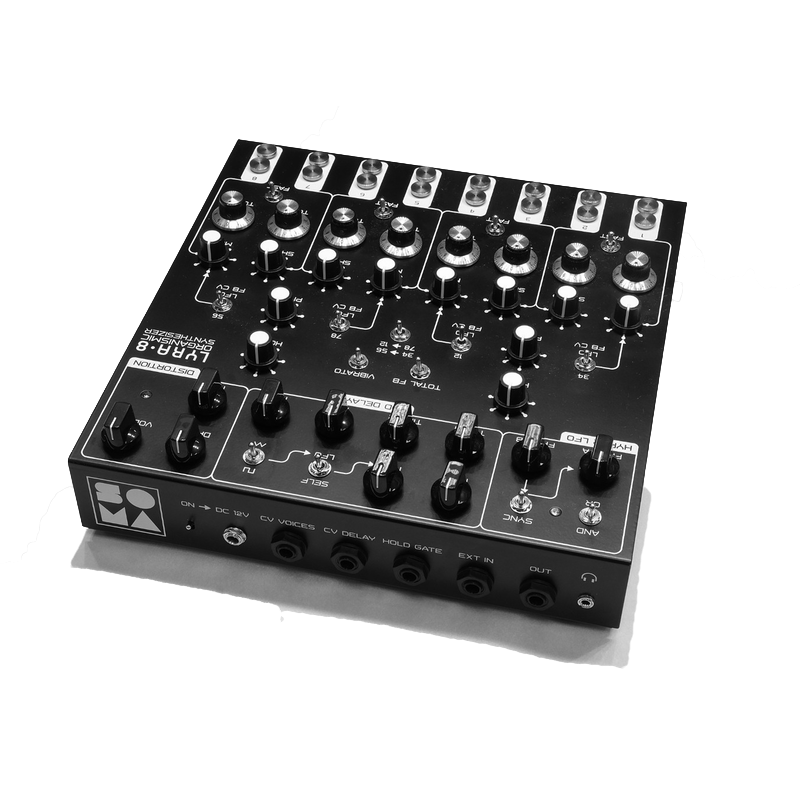 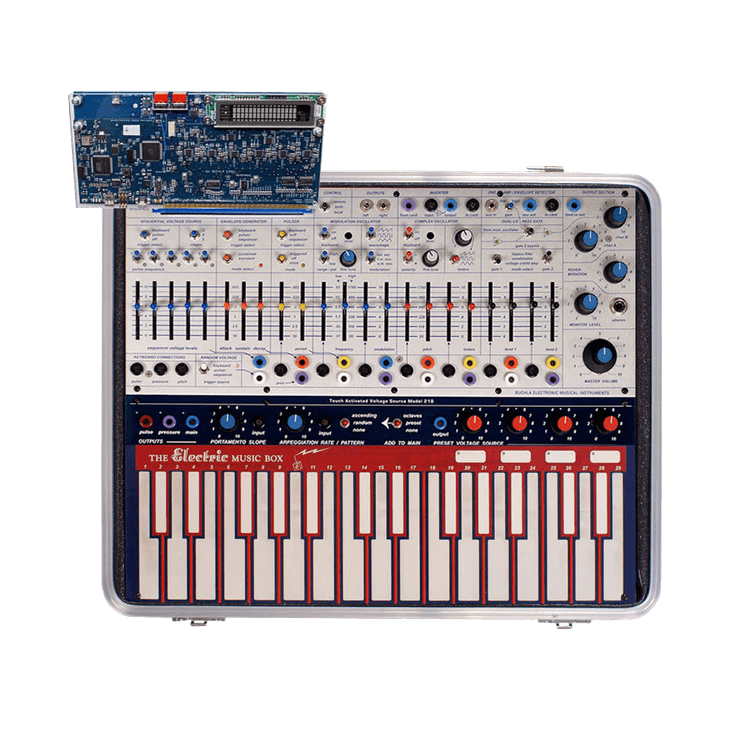 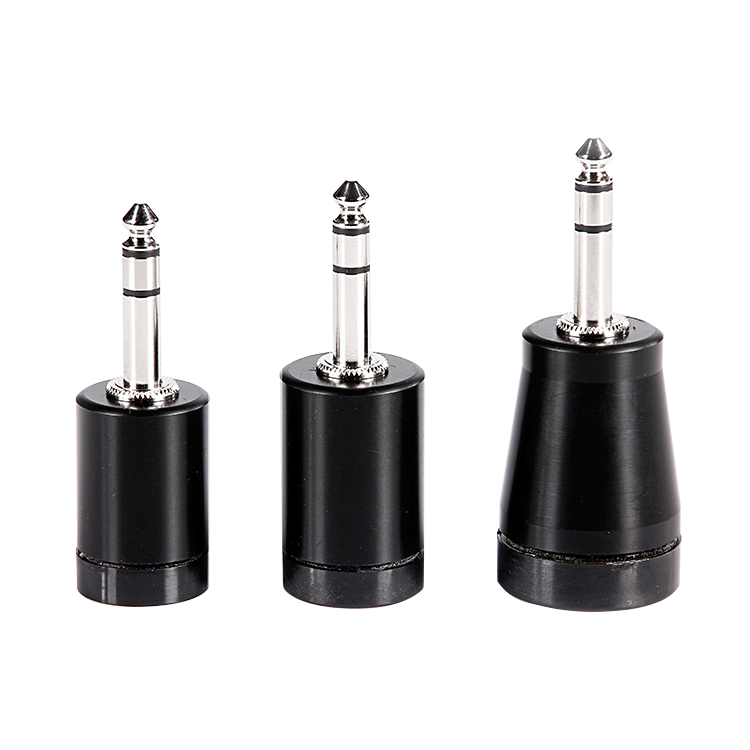 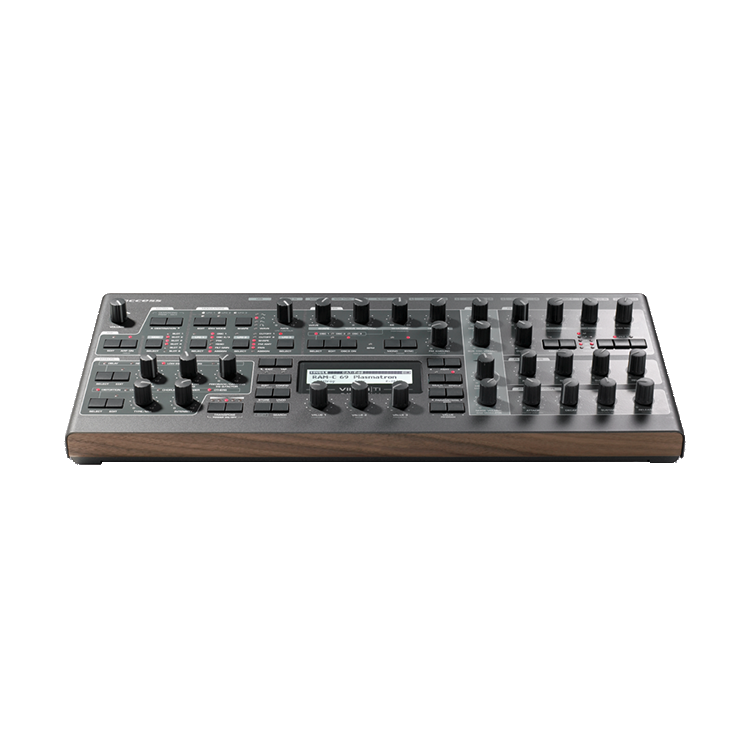 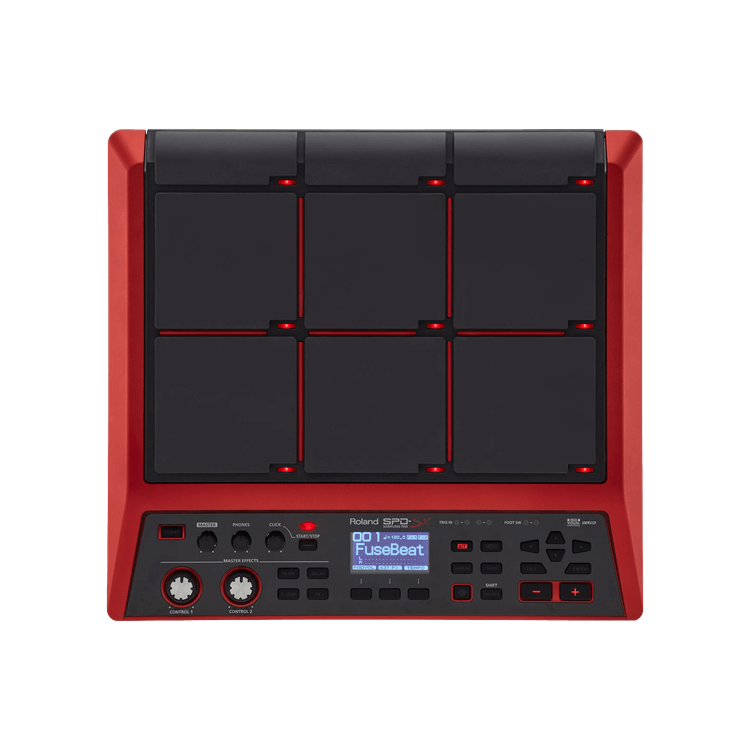 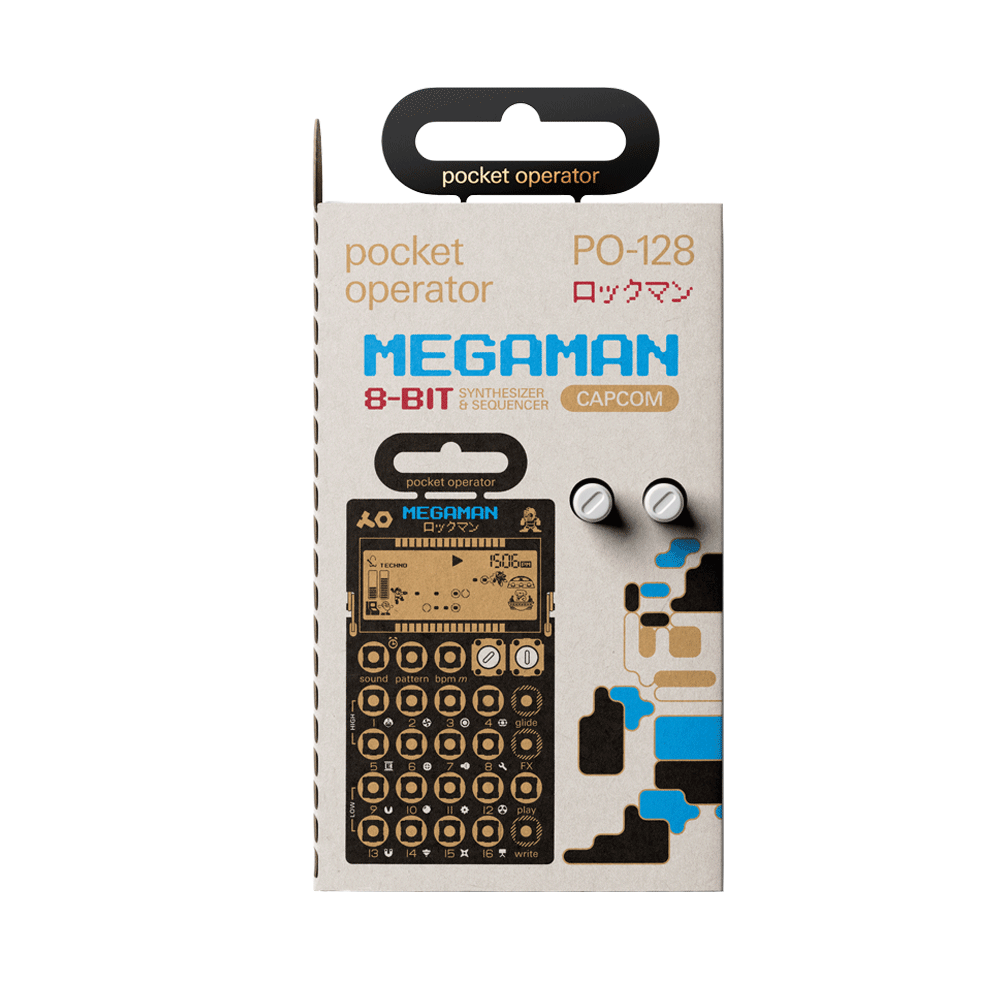 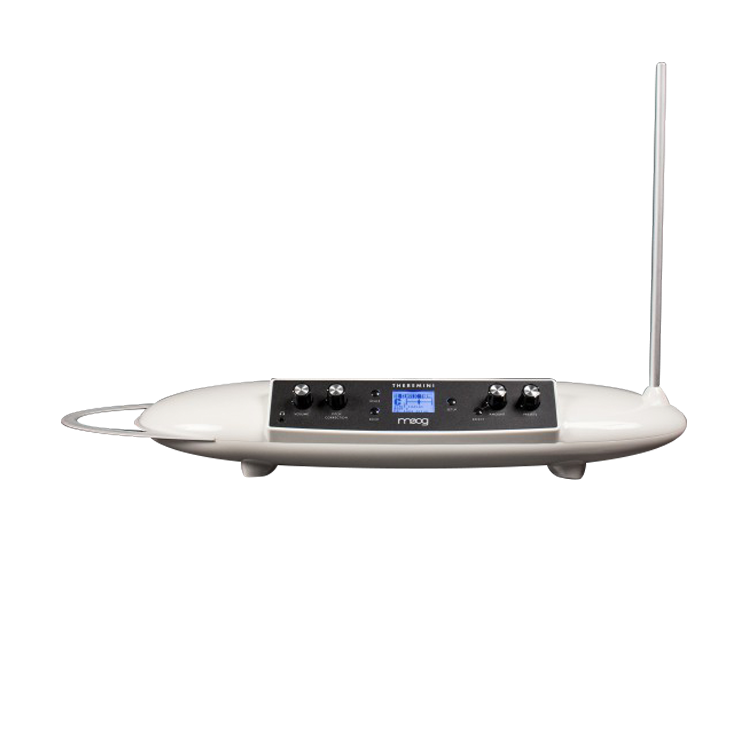 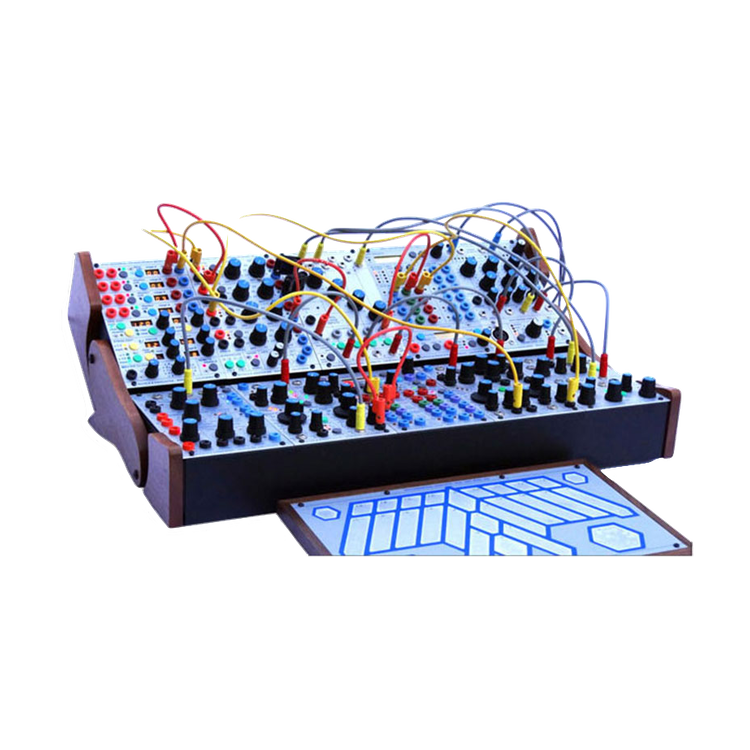 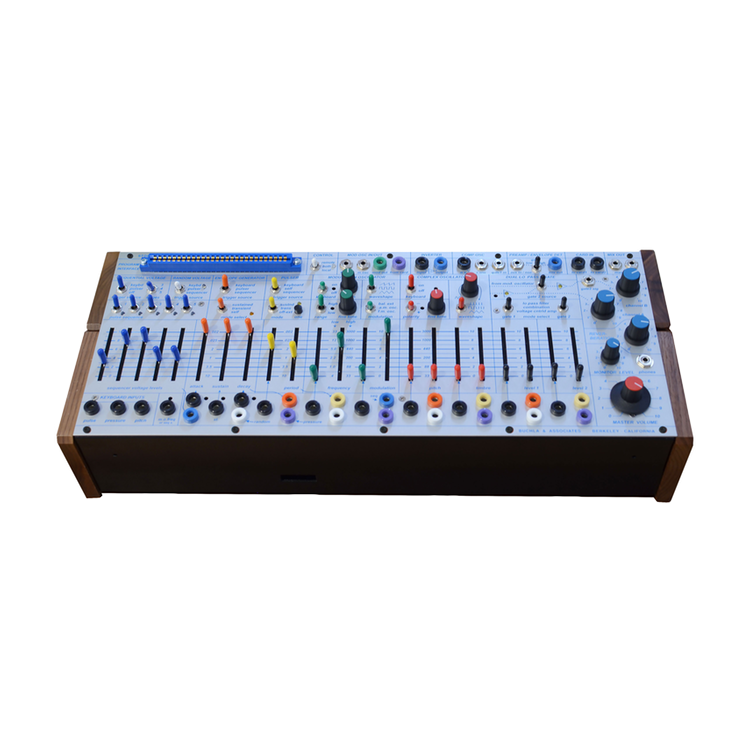 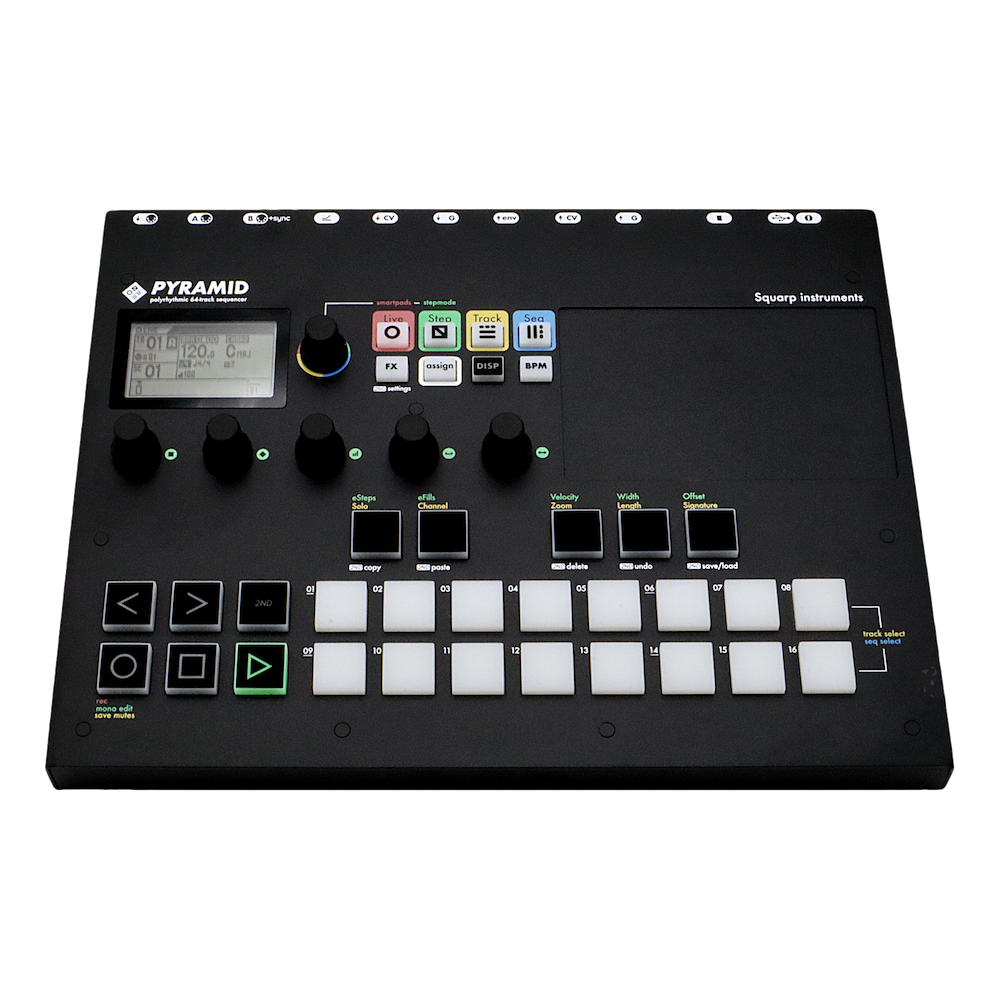 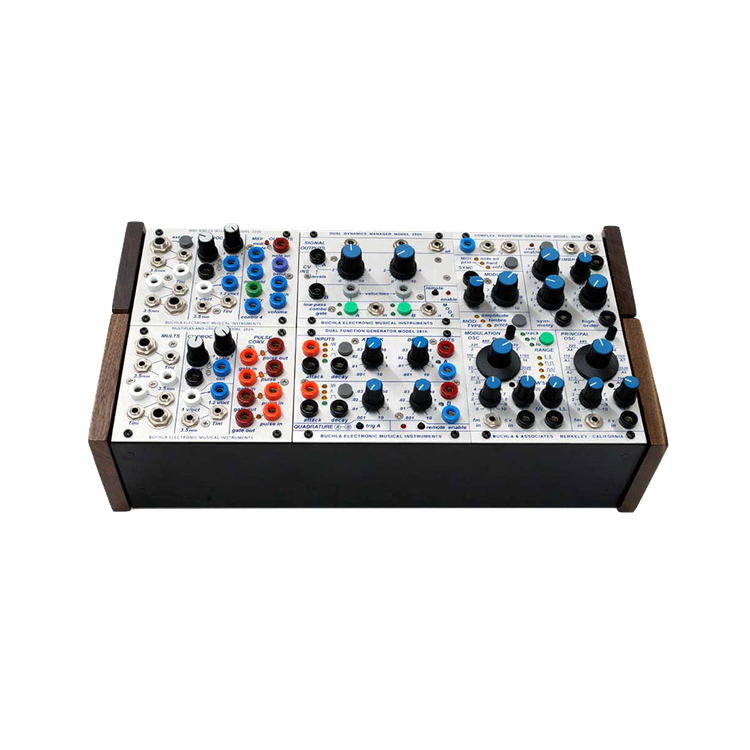 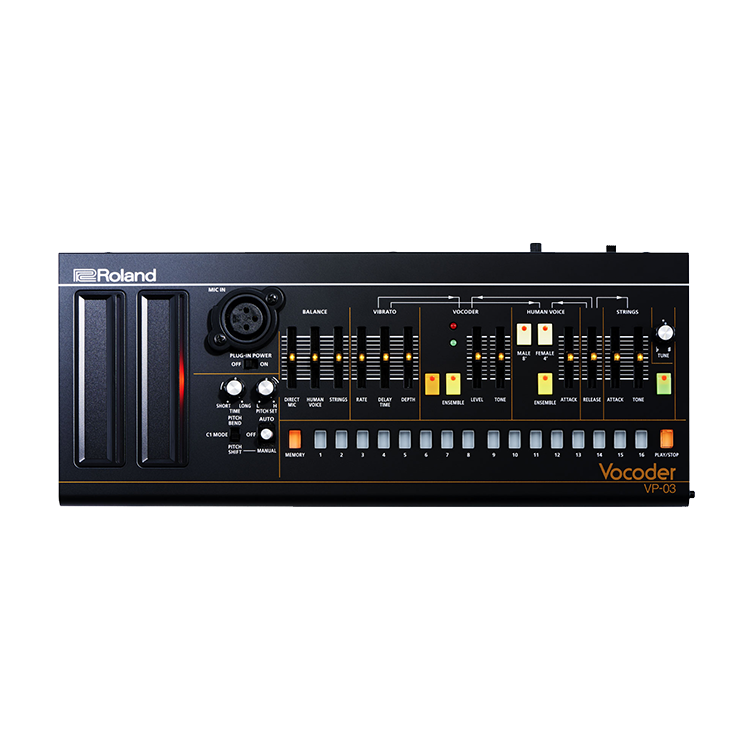